INDICATIONS AND USAGE
KADCYLA is a HER2-targeted antibody and microtubule inhibitor conjugate indicated, as a single agent, for the treatment of patients with HER2-positive, metastatic breast cancer who previously received trastuzumab and a taxane,separately or in combination. Patients should have either:
• Received prior therapy for metastatic disease, or
• Developed disease recurrence during or within six months of completing adjuvant therapy.
DOSAGE FORMS & STRENGTHS
Lyophilized powder in single-use vials containing 100 mg per vial or 160 mg per vial.
Manufactured By: Genentech
Prescribing Information URL: Click Here 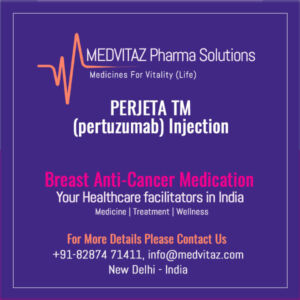 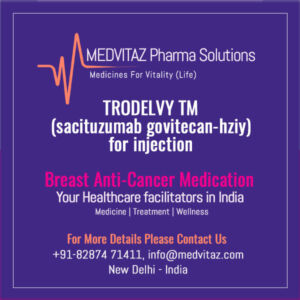