What is FDA-approved LYNPARZA (olaparib) tablets indicated for?

How to make an enquiry for LYNPARZA (olaparib) tablets?

Anticancer medicine LYNPARZA (olaparib) tablets available upon request. To get best price in india, Call 9811747774 or Email info@medvitaz.com to discuss advanced treatments with Breast Cancer Specialists in India without travel. Medvitaz Pharma Solutions can help you to get genuine, affordable and assurance of delivery of approved medicines for Breast Cancer.

What Olaparib is indicated for?

Olaparib, sold under the brand name Lynparza, is a medication for the maintenance treatment of BRCA-mutated advanced ovarian cancer in adults. It is a PARP inhibitor, inhibiting poly ADP ribose polymerase (PARP), an enzyme involved in DNA repair. It acts against cancers in people with hereditary BRCA1 or BRCA2 mutations, which include some ovarian, breast, and prostate cancers.

In December 2014, olaparib was approved for use as a single agent by the European Medicines Agency (EMA) in the European Union and by the Food and Drug Administration (FDA) in the United States. The FDA approval was for germline BRCA mutated (gBRCAm) advanced ovarian cancer that has received three or more prior lines of chemotherapy.[3] In January 2018, olaparib became the first PARP inhibitor to be approved by the FDA for gBRCAm metastatic breast cancer. Olaparib was developed and first dosed into patients by the UK-based biotechnology company, KuDOS Pharmaceuticals, that was founded by Stephen Jackson of Cambridge University, UK. Since KuDOS was acquired by AstraZeneca in 2006, the drug has undergone clinical development by AstraZeneca and Merck & Co. Olaparib in combination with temozolomide demonstrated substantial clinical activity in relapsed small cell lung cancer.

How and where to buy LYNPARZA (olaparib) tablets?

You can order LYNPARZA (olaparib) tablets from Medvitaz Pharma Solutions if the drug has not been approved or is not available in your country. We help you to get genuine, affordable and assurance of delivery of approved medicines for Breast Cancer. To get best price/cost of LYNPARZA (olaparib) tablets in India, Call 8750295029 or Email urgent@medvitaz.com. FDA approved drugs of Australia, Canada, Delhi, EU, India, New Zealand, Singapore, Switzerland, Turkey & USA. 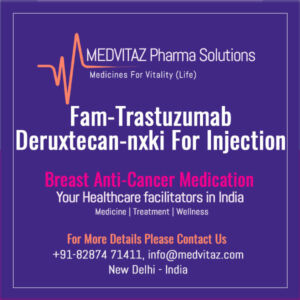 fam-trastuzumab deruxtecan-nxki for injection, for intravenous use Initial U.S. Approval: 2019 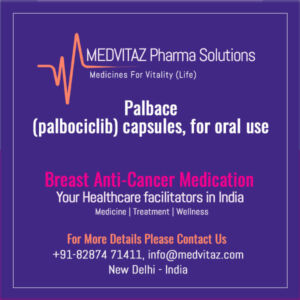 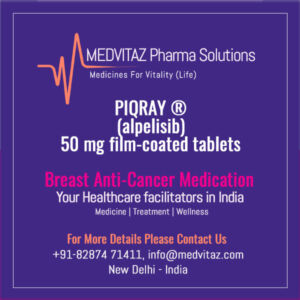 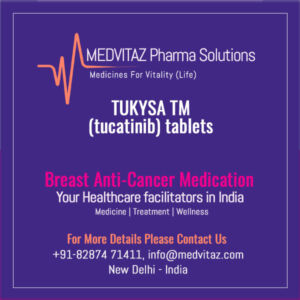