HOW TO MAKE AN ENQUIRY FOR Raxone (idebenone) tablets?

Idebenone (pronounced eye-deb-eh-known, trade names Catena, Raxone, Sovrima, among others) is a drug that was initially developed by Takeda Pharmaceutical Company for the treatment of Alzheimer's disease and other cognitive defects. It is approved by the European Medicines Agency (EMA) for use in Leber's hereditary optic neuropathy (LHON) and was designated an orphan drug in 2007.

Nootropic effects and Alzheimer's disease
Research on idebenone as a potential therapy of Alzheimer's disease have been inconsistent, but there may be a trend for a slight benefit. In May 1998, the approval for this indication was cancelled in Japan due to the lack of proven effects. In some European countries, the drug is available for the treatment of individual patients in special cases.

Friedreich's ataxia (Sovrima)
Preliminary testing has been done in humans and found idebenone to be a safe treatment for Friedreich's ataxia (FA), exhibiting a positive effect on cardiac hypertrophy and neurological function. The drug was approved for FA in Canada in 2008 under conditions including proof of efficacy in further clinical trials.

HOW AND WHERE TO BUY idebenone tablets?

You can order idebenone tablets direct from Medvitaz Pharma Solutions if the drug has not been approved or is not available in your country. We help you to get genuine, affordable and assurance of delivery. To get best retail price/cost of idebenone tablets for injection in India, Call 8750295029 or Email urgent@medvitaz.com. FDA approved drugs of Australia, Canada, Delhi, EU, India, New Zealand, Singapore, Switzerland, Turkey & USA.

Get Access to Raxone (idebenone) 150 mg tablets In India 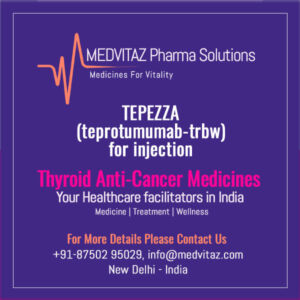 TEPEZZA (teprotumumab-trbw) for injection, for intravenous use Initial U.S. Approval: 2020 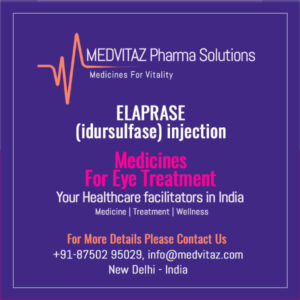 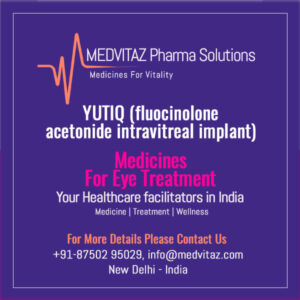