Larotrectinib, sold under the brand name Vitrakvi, is a medication for the treatment of cancer. It is an inhibitor of tropomyosin kinase receptors TrkA, TrkB, and TrkC.
Home Shop VITRAKVI (larotrectinib) oral solution Initial U.S. Approval: 2018

INDICATIONS AND USAGE
VITRAKVI is a kinase inhibitor indicated for the treatment of adult and pediatric patients with solid tumors that:
• have a neurotrophic receptor tyrosine kinase (NTRK) gene fusion without a known acquired resistance mutation,
• are metastatic or where surgical resection is likely to result in severe morbidity, and
• have no satisfactory alternative treatments or that have progressed following treatment.
DOSAGE FORMS & STRENGTHS
• Capsules: 25 mg, 100 mg
• Oral Solution: 20 mg/mL
Manufactured By: HealthCare Pharmaceuticals Inc.
Prescribing Information URL: Click Here

Larotrectinib, sold under the brand name Vitrakvi, is a medication for the treatment of cancer. It is an inhibitor of tropomyosin kinase receptors TrkA, TrkB, and TrkC. It was discovered by Array BioPharma and licensed to Loxo Oncology in 2013.

Larotrectinib was initially awarded orphan drug status in 2015, for soft tissue sarcoma, and breakthrough therapy designation in 2016 for the treatment of metastatic solid tumors with NTRK fusion. Some clinical trial results were announced in 2017. On 26 November 2018, Larotrectinib was approved by the FDA. 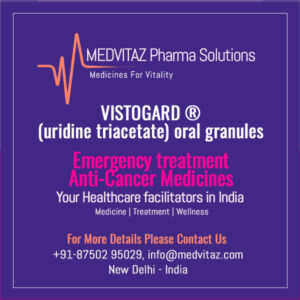 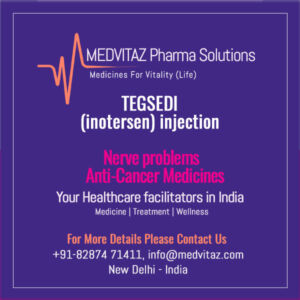 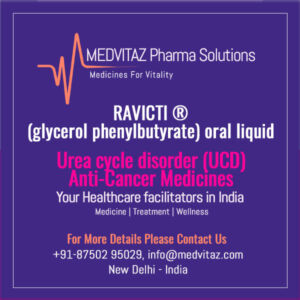 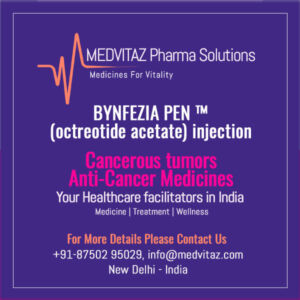